The Mockingbird Foundation has hosted, co-hosted, and been supported by a number of events over the past two decades, including golf tournaments, wine tastings, running events, yoga events, poker tournaments, art exhibitions, pre-show meetups, release parties, and benefit shows. (Want to host your own?) 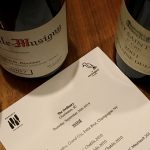 These have been intimate events, with a few dozen fans, a spread of food, and a range of selections by sommelier, wine trader, event-planner, and board member David Beckwith.

The Runaway Open is an annual charity golf tournament for Phish fans, with the seventh coming this fall:

And heads up, act quickly: Every FTF Runaway Open has sold out in advance!

Previously, a number of people have been sponsored in marathons as fundraisers, including founding director Charlie Dirksen on both 7/29/07 and 8/2/08, as well as three in February 2008.

The pandemic brought out several virtual events, including the inaugural Mockingbird Foundation Virtual Run, with hundreds of runners nationwide and some fun prizes, organized by board member and Phish Stats himself David Steinberg. We hope to have more, and look forward to dropping news when we have it.

A small number of generous and passionate yogis and yoginis have led classes, meditations, and other events as benefits for Mockingbird. These have typically the 2nd morning of a three-day run of Phish shows but sometimes, you know… there’s not a tour on the horizon :(, so watch for others (esp. Portland and NYC?).

The Foundation has benefitted from two poker tournaments – the Phamily Poker Classic – held in Atlantic City, NJ, and Tahoe, NV. We look forward to holding a third, someday; it just hasn’t quite happened yet. If you have any contact at a casino, we could use your help!

The Mockingbird Foundation has benefitted from a number of art exhibitions – variously billed as poster shows, art shows, poster/pin events, and more – at which various artists display and sell phan-friendly art. These events have thus far included the Mock Show: Red Rocks 4/24/09, several Screens & Suds, and a large number of PhanArt events.

Over the years, these several dozen artists, and their patron collectors, have developed quite a community, with an eager market of discerning tastes and growing collections. We are proud to work with these folks, on art exhibitions and other Foundation projects, and look forward to doing more with them in the future.

The vibrant online community at Phish.net has been holding pre-show meetups since 1993. They’re typically at a nearby park, bar, or restaurant; have frequently passed a hat or raffle for the Mockingbird Foundation; and a great place to meet like-minded folk (whether online acquaintances or not) face-to-face.