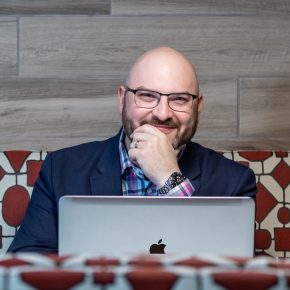 Adam Scheinberg has been the President of the Mockingbird Foundation since 2010. Under his leadership, the Foundation has grown significantly — expanding the size of the board, the number and dollar value of grants, and the numbers of grant portfolios administered. Adam is particularly proud of the strides made in organizational development.

Adam can trace his first contributions to Phish.net back to notes in the FAQ in the mid-90′s, followed by an improved random setlist generator in the early 2000′s. In 2009, Adam officially became webmaster of phish.net, unveiling the first entirely dynamic site, and mockingbirdfoundation.org (mbird.org), a major improvement to the Foundation’s web presence. Since then, he has introduced the Phish.net API, the Phish.net forum, Phish.net mobile, and scores of ancillary features, such as jam charts, setlist stats, and tease charts.

Adam is passionate about music and arts education; he also serves as the Chair of the Board of Directors at the Orlando Repertory Theatre. He was the inaugural Chair of the Orlando Tech Council and has served as a mentor at Startup Weekend Orlando. Adam lives in Orlando, FL, with his wife Jennifer and two children, Jillian and Jack.