We are honored to help celebrate and memorialize the life of John Fitzgerald, who passed away unexpectedly in January 2020. “Fitz” played keys in Runaway Gin – a Tribute to Phish, and in Buddhist Prodigies before that. Fellow band member, singer/guitarist/founder Andy Greenberg sent these words of remembrance:

Last week right around this time I got the the phone call that my close friend and band mate John Fitzgerald had left this world. Yesterday we were able to come together as a community to honor the rich and fruitful life that Fitz led. I attended a beautiful celebration of life ceremony and had the honor of speaking to everyone about Fitz. Here is what I said: 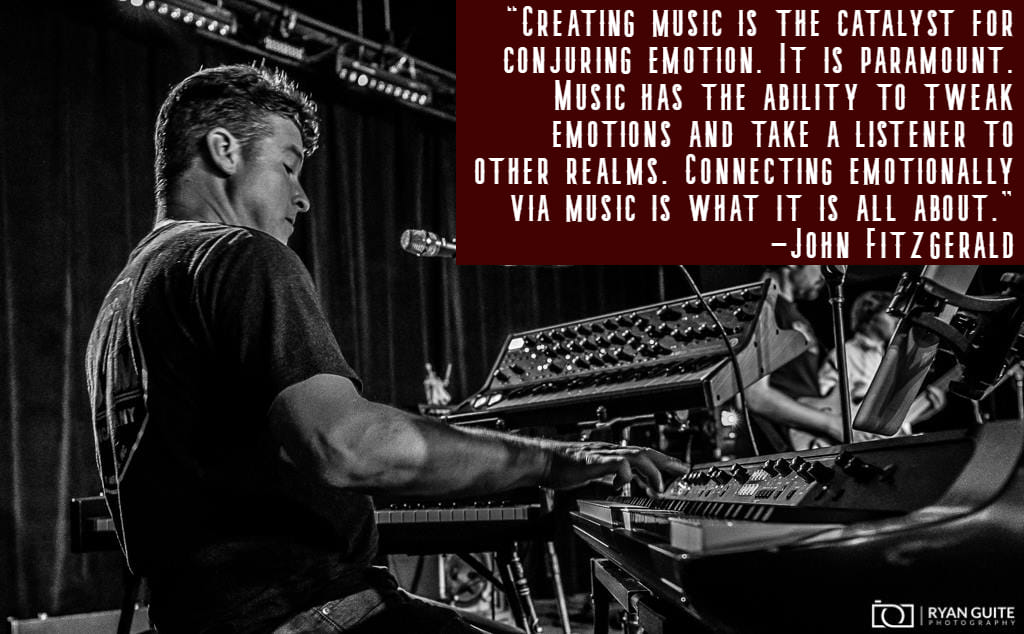 “John Fitzgerald was one of my best friends and was like a brother to me. He was one of the kindest and gentlest souls I ever encountered and frequently an inspiration to me and many others. Over the seven and a half years we played together I learned a tremendous amount from Fitz both musically and personally. I also cherish all the time we spent together and am forever grateful for all the memories which include some of the happiest moments of my life. 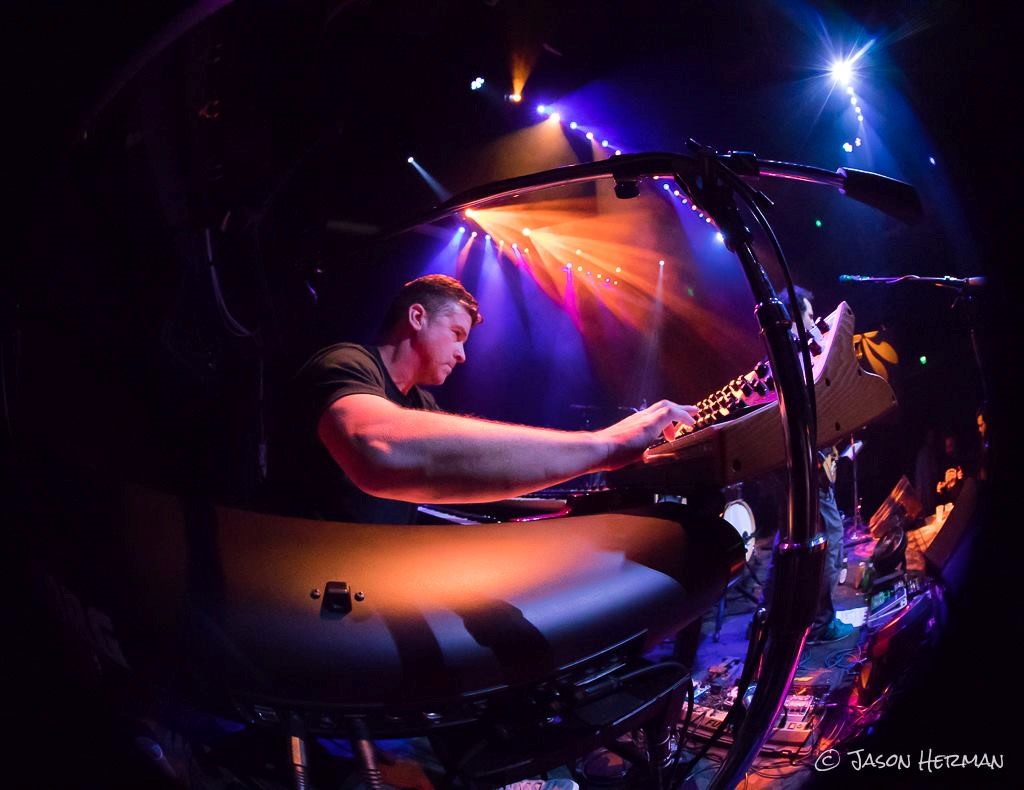 Some of the first major lessons I learned from Fitz were about compassion. I watched Fitz very closely as he was older than me and I saw him as role-model and I quickly noticed Fitz would never say a unkind word about anyone. He looked at everyone around with great sensitivity and always found a way to feel bad for someone rather than make fun of them or make light of their misfortune. These lessons did and continue to effect me, even today. 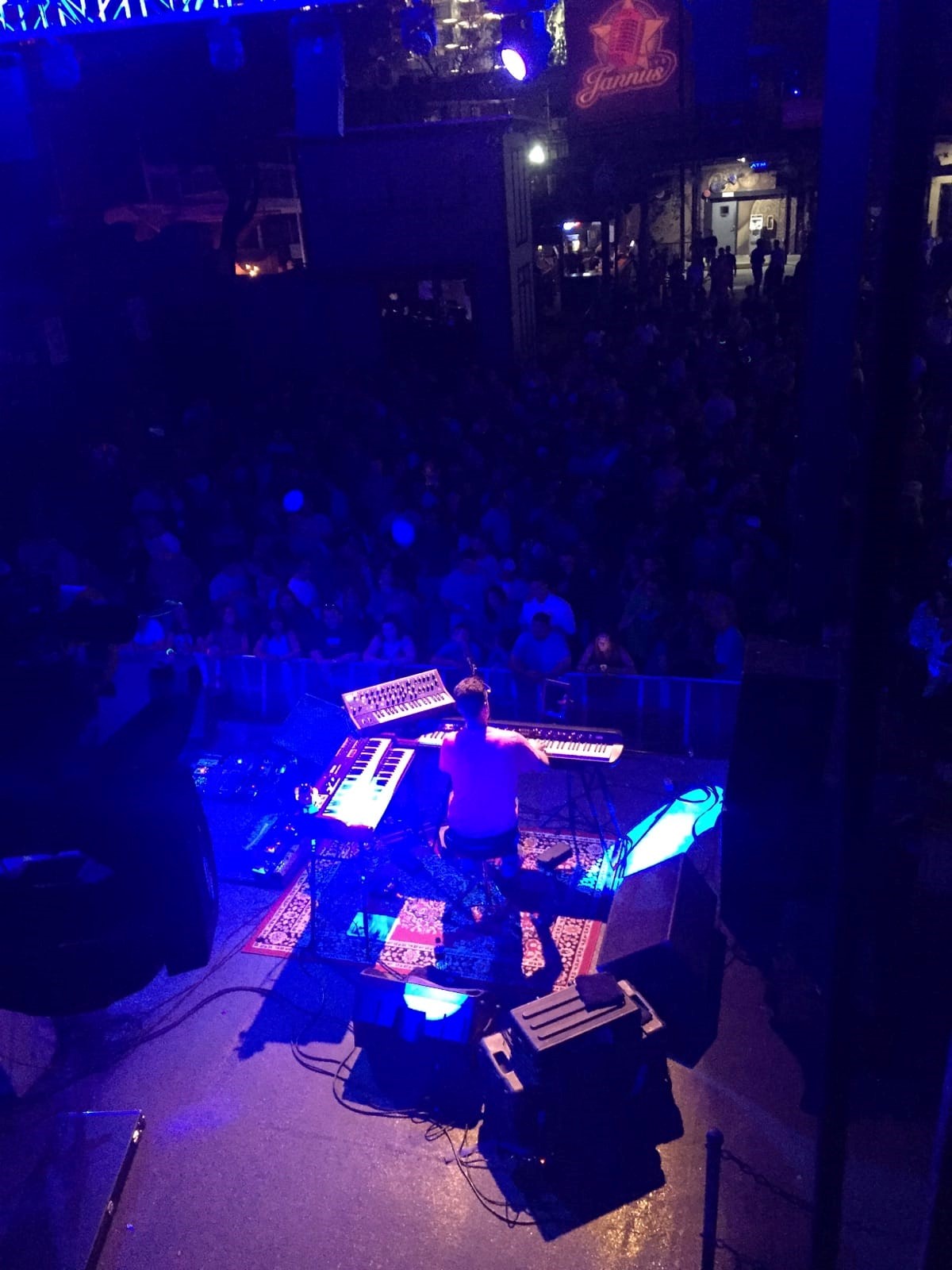 Fitz was a little shy but he always made quick and deep friendships with everyone he encountered. He was one of the best listeners I have ever known both musically and personally. He was loved by everyone he knew, a beacon of kindness in an unkind world. We often talked about what we were doing in playing this music and traveling around bringing happiness to people. We both sacrificed so much of our time and energy to this cause but we always agreed that it was totally worth it. Like a true renaissance man he seemed to excel in every field he applied himself to yet he was keenly aware of the necessity of being an artist and having artists in this world. He dedicated so much of his time, attention, and life force to his craft. He was a consummate perfectionist never settling to do anything half ass. As a teammate you always knew you could count on Fitz to go above and beyond, to always show up early, prepared, and cool as a cat could be. He was without a doubt one of the hardest working guys I ever met. 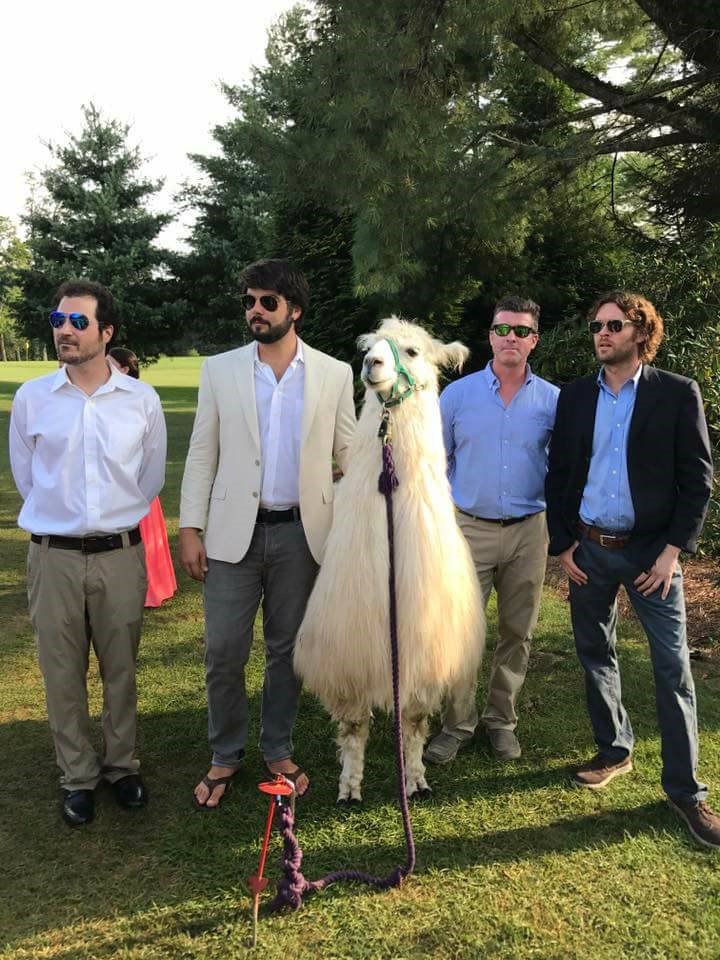 I always kind of thought of Fitz as an alien or an angel. He came into my life seemingly out of thin air. I put up a post on Craiglist in the last throes of desperation trying after almost a year to find a keyboard player who could pull off the role of Page McConnell of Phish, one of the greatest rock piano improvisers and players of all time. Fitz responded that he was really interested. From that point on he revealed that he was the fastest moving, most organized, most professional musician I had ever worked with. He treated music like he treated his job – he crushed. He was in Law School and I had just graduated from dental school so we shared that common tortuous grad school experience and both really valued the time that we got to put into music. I had finally found the musical partner I had been looking for in Fitz. We could nerd out about music for hours and immerse ourselves in the intricacies of Phish’s catalog, enriching each other as we progressed. Every week we would communicate what we were working on musically and before most shows we would continue that conversation. Fitz seemingly never tired of talking about musical theory and enriching himself and his fellow band mates by pushing that conversation forward. 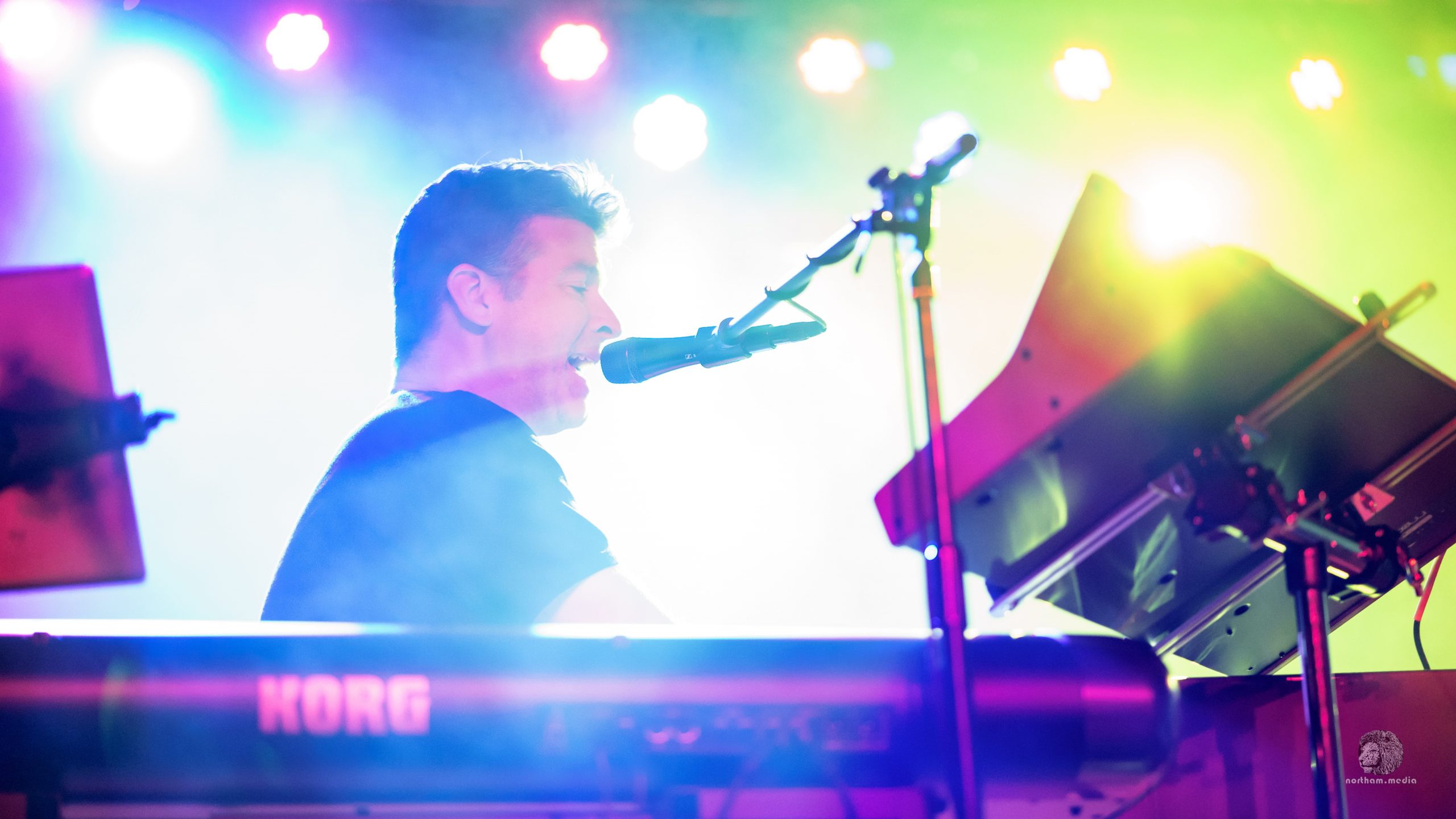 Fitz and I played around 340 shows together as best I can count. That’s more shows than I’ve ever played with any other musician. I will spend the rest of my life in a forever attempt to find and revisit Fitz inside the music – that space where we spent so much of our time together. I know from many conversations with Fitz that he associated music very strongly with friendship and also with emotional expression. He was a pure artist – seeking no fame or attention but only seeking release and communication from his heroic efforts. This was another part of his being that was so very influential to me. He didn’t get caught up in any of the rock-star behaviors that distract so many from the true thrust of our intentions. He had no ego at all – and it was a huge part of what made him such a great musician and human being. 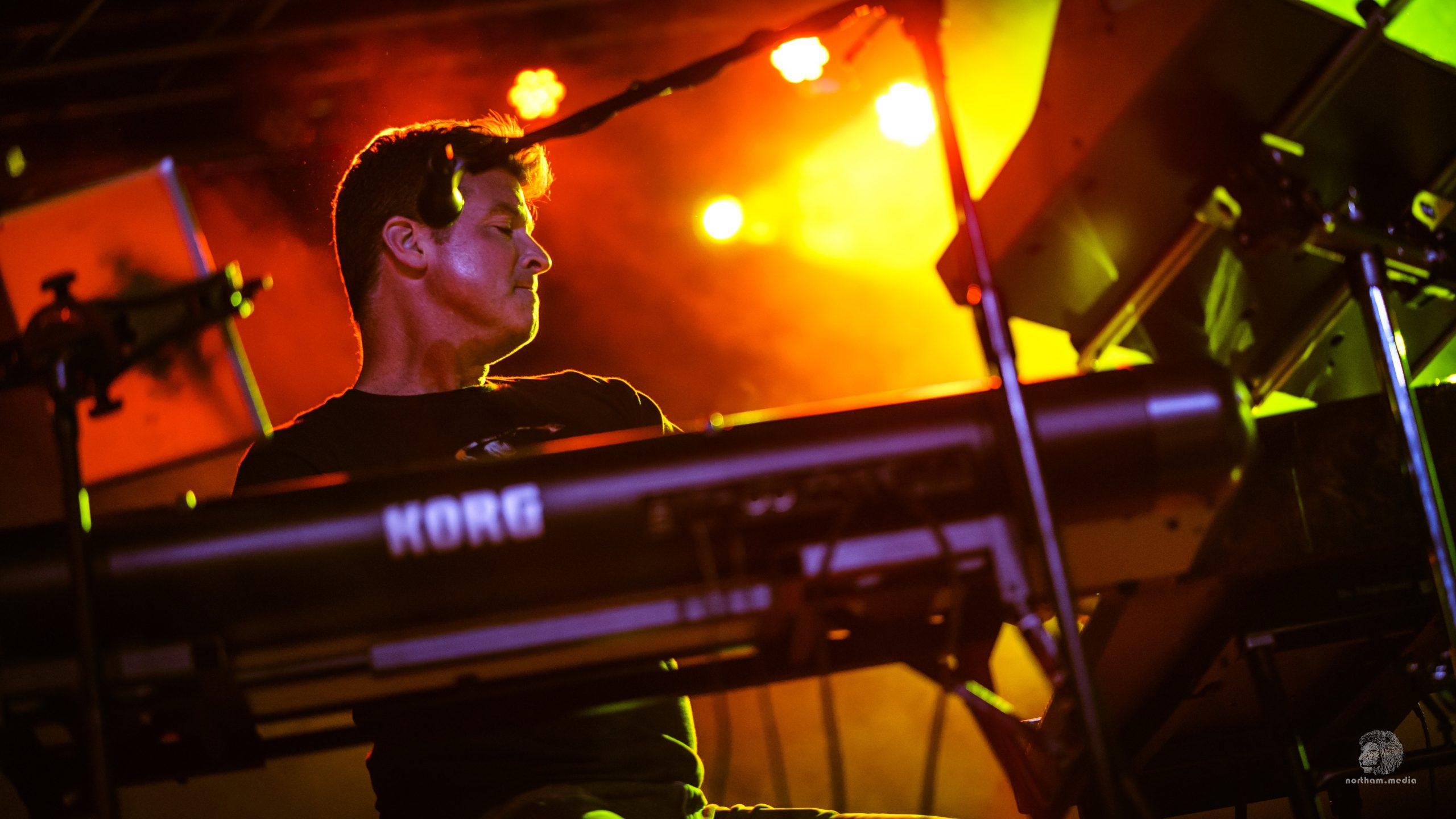 In the end I am left completely in awe of everything that Fitz was. I’ve been listening back to recordings of Runaway Gin and hearing his playing in a completely different light. It’s almost like I was unable to understand aspects of his playing and musicality until now. I predict that as time passes I will be able to continually revisit recordings of Fitz’s playing just like I am with so many of my biggest artistic influences and find infinite layers of meaning and expression. I am so thankful that I was able to be a part of Fitz’s life and that he remains such a huge part of mine. I am eternally grateful for all the time we had together and all the memories we shared. Our times together on stage are forever embedded into my being as an artist. He reached me in ways that no one ever has or will again. I will carry Fitz’s memory and legacy with me everywhere I go always. He was my brother and forever occupies a space in my soul for all eternity. Rest in peace my kind and strong brother Fitz. I will miss you always.”

The Mockingbird Foundation is an all-volunteer, fan-founded and -managed 501c3 supporting music education for children. It is the leading provider of historical information about Phish and its music, having cultivated intellectual property through phish.net since 1994. A leading grantmaker in music education for children, the Foundation has now made 508 grants in all 50 states, totaling more than $1.9M. Funds for grants are generated through donations from a loyal base of fans, as well as through books, recordings, artwork, merchandise, and special events. The Foundation has been operated entirely by volunteer fans of the band, without any salaries or paid staff, since its inception in 1996.