Phish’s 9th annual run at Dick’s is shaping up to be a fan-filled weekend, with new events announced on a daily basis for the last week. (Most recently was the three-day PhanArt event at the Doubletree Denver Stapleton North.) 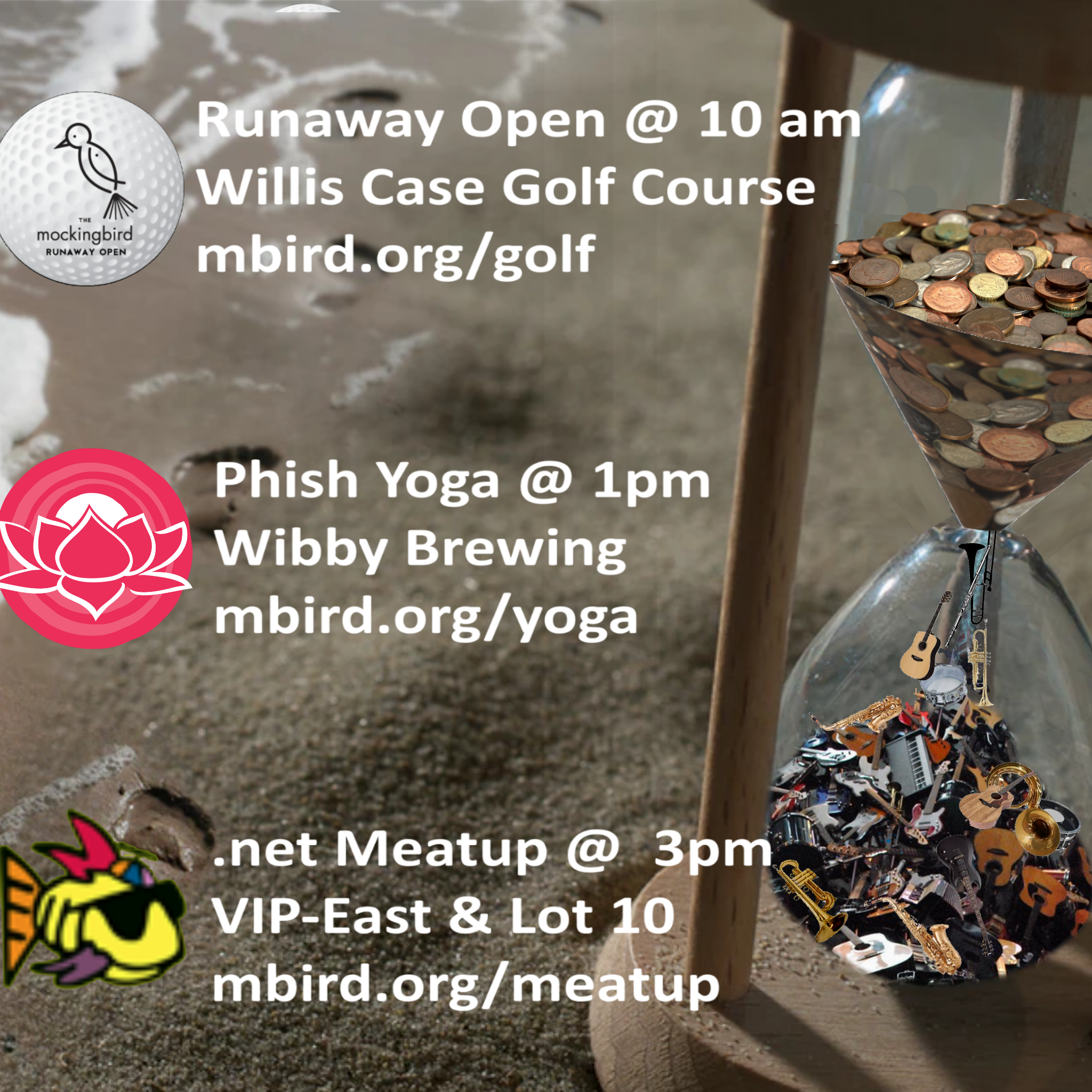 We’re also glad to announce that Surrender to the Flow: Phish Yoga is on again – Saturday August 31st, under the outdoor pavillion at Wibby Brewing in Longmont from 1-2 p.m. Proceeds will be split between the Mockingbird Foundation and Living Yoga, and tickets are available now. As the yogi explains, this is “an all levels class set to the full sonic spectrum of a live Phish mix! Our practice will often mimic the musical ebb, flow, power & rejuvenation that only the spiritual practices of yoga & Phish can allow. Come as you are, mingle about the night before & what’s to come, leave revamped for Saturday night’s show!”

That’s the same day as the sold-out Fourth Annual Runaway Open, as well as the Phish.net Forum meatup event in the parking lot at Dick’s Sporting Goods Park. (Look for the pavillion between VIP-East parking and Lot 10.)

And while a mini-calendar for three almost overlapping events may seem a stretch, we’re already envisioning a more complete list for next year… assuming there’s a Dick’s IX.