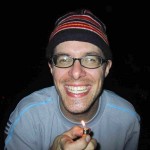 e join others in mourning the loss of dear friend and avid Phish fan Walter Blackler. Walt, known to many as “Sickyshred” or simply “Sicky”, will always be remembered for his love of life and his passion for music. Walt touched the lives of all who knew him, and his energetic and philosophical nature was felt by even those that “only knew him online in the pt community”. Those friends, have written these words…

Walt had a fantastic life, and it’s been said by friends that he lived at ‘Triple Speed’ – always doing something and going somewhere so that, although it seems that we lost him so young, he really lived to be 99.

Walt had a huge personality, and his presence was felt online by many where he was known to be ‘tearing up the boards’ with his posting abilities under his alter-ego “Sickyshred.” To say Sicky was hilarious would be an understatement.

He was funny and kind and sincerely enjoyed discussing and debating his views on life and music. In a truly ironic PT twist (which Sicky would have relished), he participated in many of the board’s conversations about playing DJ at your own funeral. In his memory, he’d want the selections he made to be heard by everyone – for their own musical education and to always remember the crazy, joking guy we all love. 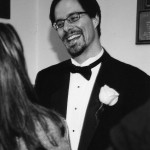 In keeping with Walt’s constant quest to find and educate himself on all forms of amazing music, his friends ask that you please donate to the Mockingbird Foundation in his name. After receiving his wife’s blessing, we believe that Walt would have wanted others to know the beauty of music and how it can inspire.

“If you ever think of me, kneel down and kiss the earth
and show me what this thought is worth.” – Phish

Walter H. Blackler IV, 33, of Marietta, NY, died on June 13, 2007. Since 2004, he worked with his father at Apple Acres, LLC after spending eight years in New York City in the information technology field. He was a graduate of Skaneateles High School and Cornell University.

Walter traveled extensively and loved new experiences, music and ideas. He was an avid fisherman, who always returned his catch to the water. He made his family and friends laugh with his wit and humorous observations.

He is survived by his wife and best friend, Maura FitzGerald Blackler; his parents, Patricia and Walter H. Blackler III of Skaneateles; sisters, Anne Marie (Harris) Reynolds of Houston, TX, Ellen (Francis McNally) Blackler of Takoma Park, MD, Laurel (Daniel) Grow of Longmeadow, MA and Catherine (Derek Raymond) Blackler of Rochester; his parents-in-law, Dr. Michael and Margaret FitzGerald of Skaneateles and their children; and his 11 nieces and nephews.

Donations in lieu of flowers to the Skaneateles Historical Society or the Stella Maris Retreat Center. A Funeral Mass will be offered Saturday at 11 a.m. in St. Mary’s of the Lake Church, Skaneateles. Calling Hours are Friday 3 to 5 and 7 to 9 p.m. at the Robert D. Gray Funeral Home, 49 Jordan St., Skaneateles.
Published in the Syracuse Post Standard on 6/15/2007.

“Never had to think twice always knew my home was in paradise.”
– The Disco Biscuits

Songs to Remember Walt By:

With the blessing of Walt’s wife, friends at PhantasyPhish have been making and encouraging memorial contributions in Walt’s name to the Mockingbird Foundation. We are honored to have received over $1,500 in such donations, from dozens of friends and family members. (“PT” aliases are given in parentheses.)

The Mockingbird Foundation is an all-volunteer nonprofit (501c3) organization of Phish fans that supports scores of special programs that provide music education for children.

Other Memorials to Walt